On Thursday, FEPE handed out its first prizes

The FEPE International OOH Advertising Federation recently brought together 300 members for the annual congress in June and for the first time in its history, the Federation rewarded two French companies with their prestigious FEPE AWARDS.

Prismaflex received the Award for Innovation for its Blue Tech® boards

The Blue Tech® fully autonomous solar-powered boards use a unique patented system from Sun Partner that Prismaflex has developed to combine photovoltaic cells and a printed optical film. The Blue Tech® technology can be fitted to all types of boards and should totally revolutionise the OOH advertising world with the arrival of energy-autonomous signage.

Today, Prismaflex International is the only company in the world to propose totally eco-friendly advertising solutions thanks to Blue Tech® ®. A number of boards are already up in Europe and the first installations for Africa are programmed later this year.

During the two-day congress, the spotlights were on the French representatives: Jean-Claude Decaux also won a FEPE Award alongside Prismaflex International. 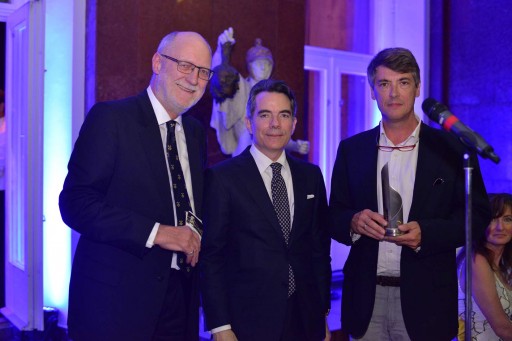